The Meet the Authors’ Book Fair will be held on November 23 & 24, 2019, at the Eau Gallie Civic Center in Melbourne, FL. My books on display include Taboo Tech, Strike Three, Sugar Time, and Detour Trail. 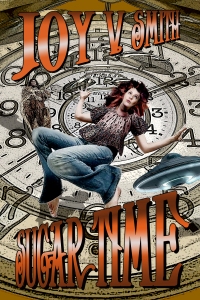 Ebooks are half price on Smashwords March 3-9, including my western novel, Detour Trail: https://www.smashwords.com/books/view/360381

Meet the Authors Book Fair will be at the Eau Gallie Civic Center, Melbourne, FL. on November 17 & 18, 2018 from 10:00 AM to 5:00 PM.  This event is FREE and open to the public. There will be 50+ authors in addition to our Book Display Only authors participating.

Three of my books: Detour Trail, Strike Three, and Sugar Time will be there.

Uh, not much happening. I didn’t do NaNoWriMo this year–first time I haven’t in a long time–but I didn’t have an idea or premise–and I haven’t finished editing last year’s novel! And I’m waiting still to hear from editors about my latest submissions. I have been working on promotional projects. That’s always important ’cause I don’t want to forget my published works, such as Detour Trail, my western novel:

Detour Trail:  After being dumped by the wagon master of the train she and her murdered uncle were traveling with, Lorrie Emerson must form her own wagon train; she recruits those needing her help–a brother and sister, a family, and a couple of escaping slaves. Lorrie and her party slog through mud and mountain passes before taking a detour. Because the family desperately needed help, Lorrie must leave the trail with her small group of wagons, fighting off thieves, storms, and ambushes along the way. Finding supplies isn’t easy either, especially during blizzards. However, she makes friends along the way, and Jake, the heroic mule, joins her train too.

Later, Lorrie rescues Barrett Lee. After this man from the wilderness recovers, he and Gray Cloud the wolf leave–with a push from her. Will he return? Will these two independent people make room for each other in their lives? And would

he let her keep her independence as she continues to take on more adventures?

Live on Lisa Burton Radio: an interview with Jake the mule from Detour Trail:  Meet Jake and Lisa (robot girl)

Detour Trail, my western romance about adventure along the Oregon Trail, is half price on Smashwords March 5-11: https://www.smashwords.com/books/view/360381

Hidebound (SF adventure/romance) is also on sale (half price): https://www.smashwords.com/books/view/82218

Remodeling: Buying and Updating a Foreclosure is also half price: https://www.smashwords.com/books/view/71560

She came out when she heard the sound of Jake’s hooves nearing the cabin and stopped at the door within reach of her favorite rifle; then she saw him coming down the path from the Summers.  She would have know him even without the gray wolf at his side.  He was pale and thinner than when she’d first seen him, but he walked easily.  She knew he’d had to hang on to the furniture when he first got up.  Star had told her.
He stopped at the bottom of the porch steps, but the wolf came on up.  “I’ve come to thank you.  They told me you saved my life.”
“You owe a lot to your wolf also,” she said.  “What’s his name?  I’ve often wondered.’
“Grey Cloud.”  He looked down at the wolf.  “Good Cloud,” he said softly.  “Good boy.”  He looked back at her, “and I’m Barrett Lee.”
“Lorena Emerson,” she said holding out her hand.  He came up the steps to take it.  They both knew each other’s names actually–but only second hand.  However, it was the polite thing to do and enabled them to start a conversation.  …
Further into summer, Barrett’s leg was stronger, and he began running down the path and up again.  Exercising it, she realized.  He also seemed less content during his visits and looked up at the muntain now and then.  One day he asked, “Is there anything I can do for you?  I’m beholden to you; I can help with wood cutting.  I see you don’t have any wood yet for the coming winter.”
He looked at the cabin door, and she coaxed him in with an offer of cornbread.  He studied the fireplace.  “That uses a lot of wood.  You don’t have a woodstove, I see.”
“Nope.”  She didn’t tell him that she’d ordered one and it was its way.  She also didn’t tell him that she was going to pick it up soon.  He’d volunteer for that.  He could help her and get out of the cabins that were possibly begining to stifle him.  Brock had told her something about mountain men.  As a matter of fact, he’d mentioned it more often lately.
And that reminded her of a conversation a couple women had had in the general store a while back while she was there picking up more potatoes, salt, and some candy. “It’s not always easy getting a man to come up to scratch,” the older woman told the younger one.  “It’s a lot easier scaring them off by getting romantic and possessive.”  It sounded to Lorrie as if she spoke from personal experience.
Lorrie began her attack on the porch as they sat munching cornbread.  She touched his arm and batted her eyes.  “It’s so nice having a man around the cabin,” she said.  “You sure make a woman feel safe.”  She batted her eyes again and hoped she wouldn’t puke.  Or maybe he would.  “You should come down for breakfast some morning.  Real early.”  This time she didn’t bat her eyes.  She pressed his arm instead.
She wasn’t surprised when he slid away, stood up, and mumbled something about getting back to help Brock milk the horses or something.  Men, she thought, in relief and maybe a hint of regret.  She wasn’t surprised when Brock came down the next afternoon and told her that their visitor had gone.  Brock had taken him to town to buy a horse and was now on his way home.  “What did you say to him, girl?”  he demanded.
She shook her head and grinned.  “Men are so predictable,” was all she’d say.
Detour Trail is available from Melange Books, the publisher, and elsewhere online : http://www.melange-books.com/authors/joyvsmith/detourtrail.html
http://www.amazon.com/Detour-Trail-Joy-V-Smith/dp/1612355706/

Detour Trail on sale this month!

Detour Trail, my frontier adventure/romance, is on sale (half price) at Smashwords: https://www.smashwords.com/books/view/360381 until July 31. Lorrie forges her own trail after starting out on the Oregon Trail.

I just got the June issue of True West Magazine; it’s another great issue full of historical articles and photos. One of those articles–the background of the murderous Bender family–especially interested me because while I don’t recall them specifically, I must have been aware of them or others possibly because I included a similar situation in Lorrie’s adventures in Detour Trail.

“This book is certainly filled with a lot of adventure and drama. And I love that the main character, Lorrie, is one gutsy chick! She is definitely someone I would want to have with me if I was traveling anywhere!

This story gives us an honest view of what life might have bee like for those travelers. Everything wasn’t all daisies. They were some hard times and this book does tell of all that!”